Sometime when you’re in an airport, observe the difference between passengers who hold confirmed tickets and those who are on standby. The ones with confirmed tickets read newspapers, chat with their friends or sleep. The ones on standby hang around the ticket  counter, pace and smoke, smoke and pace. The difference is caused by the confidence factor. If you knew that in fifteen minutes you would have to stand in judgment before the Holy God and learn your eternal destiny, what would your reaction be? Would you smoke and pace? Would you say to yourself, “I don’t know what God’s going to say – will it be ‘Welcome home, child,’ or will it be ‘Depart from me; I never knew you’? 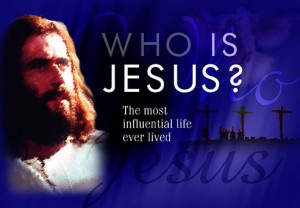 I am trying here to prevent anyone saying the really foolish thing that people often say about Him: ‘I’m ready to accept Jesus as a great moral teacher, but I don’t accept His claim to be God.’ That is the one thing we must not say. A man who was merely a man and said the sort of things Jesus said would not be a great moral teacher. He would either be a lunatic — on the level with the man who says he is a poached egg — or else he would be the Devil of Hell. You must make your choice. Either this man was, and is, the Son of God: or else a madman or something worse. You can shut Him up for a fool, you can spit at Him and kill Him as a demon; or you can fall at His feet and call Him Lord and God. But let us not come with any patronizing nonsense about His being a great human teacher. He has not left that open to us. He did not intend to.  (Mere Christianity, pages 40-41)

The gospel of justifying faith means that while Christians are, in themselves still sinful and sinning, yet in Christ, in God’s sight, they are accepted and righteous. So we can say that we are more wicked than we ever dared believe, but more loved and accepted in Christ than we ever dared hope — at the very same time! This creates a radical new dynamic for personal growth. It means that the more you see your own flaws and sins, the more precious, electrifying, and amazing God’s grace appears to you. But on the other hand, the more aware you are of God’s grace and acceptance in Christ, the more able you are to drop your denials and self-defences and admit the true dimensions and character of your sin.

The good life, the one that truly satisfies, exists only when we stop wanting a better one. It is the condition of savouring what is, rather than longing for what might be.  The itch for things, the lust for more – so brilliantly injected by those who peddle them – is a virus draining our souls of happy contentment.

Have you noticed? A man never earns enough. A woman is never beautiful enough. Clothes are never fashionable enough. Food is never fancy enough. Relationships are never romantic enough. Life is never full enough.  Satisfaction comes when we step off the escalator of desire and say, ‘This is enough. What I have will do. What I make of it is up to me and my vital union with God.’